The idea of resilience is present in conversations across every kind of field—be it psychology, education, the military, and so on. Within all of these fields, a number of different researchers have coined their own definitions of resilience, but at its core resilience can be understood as the ability to bounce back and adapt in the face of adversity. This ability to recover and grow from setbacks has raised many questions to those looking to understand it; Is resiliency is something that is fixed within a person, or is it a trait that can be developed? And if it can be developed, then how?

While there are countless factors to be considered in the study of resilience, some are beginning to consider the role of sport in this conversation. Although many tend to see sports as recreational activities, rather than an environment for studying resilience, it is an atmosphere that is naturally rife with both physical and mental adversity, whether that is sustaining an injury, losing a game, or even engaging in a particularly challenging training session. From these adversities, sport then has the potential to help athletes learn and practice the skills we often associate with resilience. This is frequently referred to in sport as being “mentally tough”, or having the mindset to push through the obstacles you face on and off the field. So how exactly does participating in sports cultivate these ideas?

1. Managing Adversity/Discomfort: One of the most prominent factors in resilience is how one approaches adversity, mainly the negative physical, mental, and emotional feelings that come with it. Individuals that are resilient are able to tolerate discomfort, failure, challenge, etc., and continue on despite it. Sport encourages just that; In order to improve, you have to be challenged, and learn to deal with failure. For some, that looks like pushing through the final sprint in conditioning. For others, it’s stepping up against a team that you have lost against more than once before. Regardless, participation in sport can help an individual learn to meet discomfort head on, instead of shy away from it. This kind of practice can be essentially in building a resilient mindset.

2. “Bouncing Back” From Setback: Along the same lines as facing discomfort, sport allows individuals to learn how to recover from setbacks—another significant factor in the definition of resilience. As much as there are opportunities for growth in sport, there are just as many opportunities to be thrown off course. For example, and athlete that with a serious knee injury has to take time off to recover, which might leave them feeling behind in their training. Another example would be struggling to master a particular skill, despite hours of practice. These athletes can choice between giving up or persevering in spite of that setback. An athlete choosing the latter can subsequently build a sense of resilience, as they use these instances as chances to learn, and continue to push toward their goals.

3. Social Support: Resilience is often interpreted as an individual endeavor—the person builds resilience or is resilient on their own. However, research has shown that perceived social support plays a massive role in the development of resilience. When a person feels as though they have the support of friends, family, or other mentors, they are significantly more likely to tolerate adversity and overcome obstacles. In sport, especially in team sports, the support of other players and coaches can help to create an environment for athletes to practice these resilient skills, knowing that they have people to rely on when things are difficult.

4. Goal Setting: Studies have shown that goal setting skills—particularly mastery-oriented goal setting skills—can help individuals develop resiliency. As they learn how to properly set challenging but reasonable goals that focus on mastering a skill. As they are able to then achieve success with those goals, resiliency increases. This is because an individual has seen success and is focusing on performing a skill, which is better in their control, as opposed to setting large and unrealistic goals, which leads to failure and disappointment. In sport, it has been shown that an environment that emphasizes mastery-oriented goals instead of outcome-oriented goals can facilitate resilient growth in athletes. This can look like dropping a second off of your mile time or getting 2 more shots off with your left foot, as opposed to focusing only on winning a championship. Individual sports like golf are sometimes easier environments for practicing mastery-oriented goals, as they allow for more attention toward individual skills and growth. However, in both settings, the focus on challenging but realistic, mastery-oriented goals can work toward building resilience in athletes.

5. Self-Esteem and Self-Efficacy: A final way that sports can develop resilience is through building an athlete’s self-efficacy and self-esteem. These two concepts center around a person’s belief in their ability to approach a challenge, which is a huge driving factor in a resilient mindset. Sport has the potential to cultivate self-efficacy and self-esteem in a number of ways that have been previously mentioned: seeing success in small goals, having the support of teammates and coaches, and gaining experience in discomfort and adversity. One study in particular focused on young male athletes and how sport build their sense of resilience; many reported that playing a sport built up their confidence and self-esteem, which helped them approach adversity both on and off the field.

This list is by no means exhaustive, but it shows that participating in sports has the potential to develop an individual’s resilience in a number of ways. It is important to note that playing a sport is not a magic way to gain a resilient mindset, and that one must consider the coaching environment, as well as the individual circumstances of the athlete. Still, the connection between sport and resilience is certainly worth exploring further, not only to understand resilience in practice, but to present more options for helping individuals learn to face adversity as it comes. 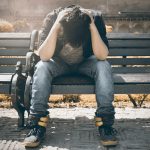